You are here: Home › Projects › Articles › Catch and Release: How To 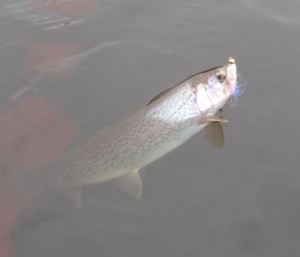 Catch and Release: How To

Here are a few tips on how to successfully release a fish, while minimizing the impact and damage done to the fish. There is much more involved in catch and release fishing than simply letting a fish go. If not done correctly, the fish will most assuredly die soon after being released. Fish are delicate creatures and can suffer from smashed internal organs, loss of their protective slime covering, excessive bleeding, and other injuries suffered from improper handling. The following are some guidelines to follow when handling fish that are to be released.

First off, never remove a fish from water any longer than is absolutely necessary to remove the hook. Often times, the hook can be removed while the fish still remains under water. Fish live under water their entire lives and are accustomed to feeling the pressure of water around them. They are accustomed to being wet and derive oxygen from passing water through their mouths and gills and pulling the oxygen from it. When removed from the water the pressure changes on their bodies, and they are essentially drowning in the air.  If you absolutely must remove a fish from the water to take a picture, make sure to get the camera ready before removing the fish, and then only remove the fish for as short a time as possible. 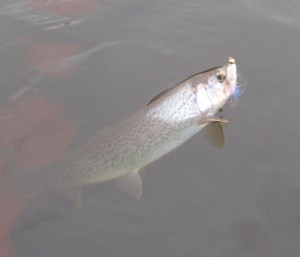 Fish are covered in a protective slime that helps protect them from disease and keeps their scales in prime condition. If mishandled, this slime can be removed and open the fish to infection and disease. To avoid this, it is important to wet the hands before handling a fish, or even better to wear wool gloves while handling the fish. Wet wool gloves are the best since the wool is soft and doesn’t remove the fish’s protective slime. Besides handling the fish other things that remove slime are setting them in the dirt, or on a rock, in the bottom of the boat, or on the sand. All of these things can lead to death after the fish is released.

Unnecessary stress can be a major killer of fish after they are released so it is important to revive your fish before releasing it to make sure that it swims away strong. In cold waters especially, fish will be under major stress when caught and will use up almost all of their energy fighting against the angler. Always work to land your fish as quickly as possible to ensure that the fish doesn’t play itself to death. Even when landed quickly, the fish will be extremely tired after being caught and will require resuscitation before being released.

The best way to do this is to hold the fish by the tail with one hand and with the other underneath the belly. Move the fish back and forth in a rocking motion to help move water and oxygen through the fish’s mouth and past its gills. This will force extra oxygen into the fish and help to revive it. When the fish is ready to go it will start to pull away from your hand. Gently release your grip on the tail and wait for it to swim away. If the fish stops or starts to turn over or float sideways, retrieve the fish, turn it upright, and start the process again until it is revived. Fish will die if they are left floating upside down in the water.

If using a net to land your fish, use a knotless ‘catch-and-release’ net. You can find these at local fishing stores or online. Catch and release nets are made of a soft mesh material with no knots to reduce stress and injury on the fish.

Finally, one of the greatest fundamentals of catch and release fishing occurs before even wetting your line. The use of treble hooks with barbs can make releasing a fish unharmed severely difficult. If you aren’t planning on keeping what you catch, it’s recommended that you use a single barbless hook. To de-barb your hook, simply use a pair of pliers to smash down the barb. This causes much less injury to the fish and increases the survival rate of released fish. Treble hooks should be replaced with single hooks to help reduce injury as well.

However, if a fish is hooked in the eye or gills, it should be kept if legal to do so. A fish that is bleeding excessively or that has sustained major damage to it’s gills, throat, or eye will most likely not survive.

So if you’re thinking about practicing catch and release, these are a few pointers to get you started towards catch and release fishing and the conservation of our fisheries. It’s always fun to bring home your catch and put it on the table, but often time’s wild fish need to be released.